My name is Mariya and I’m the Nurse Practitioner here at Avani Botanicals. I am so excited to share this news with you today because my passion is health and wellness! By now you have surely heard the buzz around town about Hemp and CBD. Some people praise the health benefits while others may call it a modern day snake oil.  There is a huge difference between Hemp and CBD and if you can spare a few minutes of your time I can clarify the difference and point you in the right direction to make an informed decision about the powerful healing properties of this ancient botanical extract. At the very least I will promise to give you some great talking points for your next social gathering because EVERYONE is talking about CBD right now! And with all the chaos in the world today we have never before seen as many people using CBD for generalized stress, anxiety and difficulty sleeping. 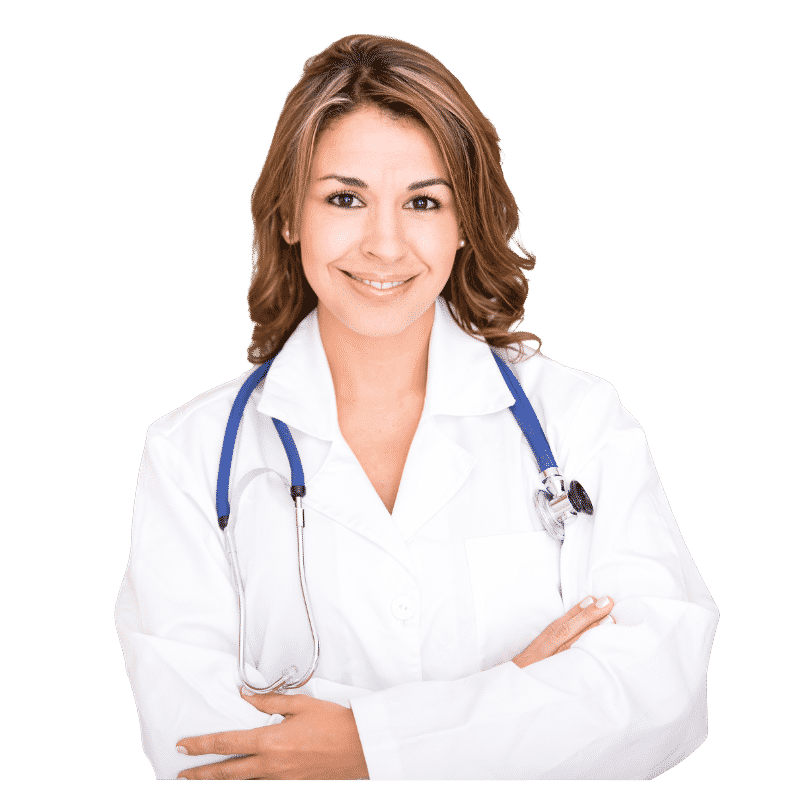 Here are a few of the well documented benefits of daily CBD use.

What’s the difference between Hemp and CBD?

Cannabidiol or CBD is a naturally occurring compound found in the resinous flower of hemp or cannabis, a plant with a rich medicinal history going back thousands of years. Today the therapeutic properties of CBD are being tested and confirmed by scientists and doctors around the world. A safe, non-addictive all natural substance, CBD is one of more than a hundred “phytocannabinoids,” which are unique to cannabis and endow the plant with its robust therapeutic profile.

Hemp oil comes from cold pressed raw hemp seeds; while CBD is extracted from the flowers of a fully matured hemp plant. You may have seen Hemp products on websites like Amazon.com but do not be fooled these are NOT the same as CBD.  This is a VERY BIG difference and the number 1 reason why people think CBD doesn’t work, because they’ve been using knock-off hemp gummies and not a TRUE CBD product that will reactivate/ignite your Endocannabinoid System (ECS). You may be wondering what’s my endocannabinoid system and how do I know if it needs to be reactivated?

The Endocannabinoid System or ECS in your body is a network of receptors inside your cells that maintain homeostasis or balance. In response to toxins or inflammation in our body, the ECS releases cannabinoids to set things back to their normal. As our bodies age the ECS eventually burns out. Fewer cannabinoids are released, so the body’s levels begin to deplete. The result is increased symptoms of aging like memory loss, difficulty focusing, blurry vision, joint pain discomfort, aches and pains and difficulty sleeping to name a few. Our Avani CBD Tinctures give your ECS the boost it needs – delivering amazing relief from age-related discomfort and decline.

What Happens When the Endocannabinoid System Becomes Unbalanced?

The transmitters that fire throughout your body can fluctuate in quantity, meaning that the available receptors in your body would also fluctuate increasing or decreasing in quantity. When this happens, it can limit your body’s natural ability to find balance resulting in several potential issues:

In the modern world, we think of “stress” as negative. However, for our ancestors, when faced with danger, the stress response helped them to quickly respond to threats and stay alive.

When exposed to stress, the body reduces levels of anandamide, triggering feelings of agitation and anxiety. Simultaneously, your body increases levels of 2-AG, which dampens your perception of pain and activates memory, to help you escape the situation and avoid danger in the future.

While scientists have yet to fully understand how the endocannabinoid system effects sleep, what we do know is that the endocannabinoid system influences many parts of the brain and the body that are vital to a healthy night’s sleep. Experiments have shown that increasing the amounts of CB1 helps regulate sleep patterns as well as an increase in REM sleep. In addition, increasing anandamide into the brain has shown to increase levels of adenosine which plays a role in promoting sleep and suppressing arousal. If you have an endocannabinoid deficiency or imbalance, it will likely cause sleep deficiency or even insomnia.

Our endocannabinoid systems can become unbalanced for many reasons that are beyond our control. New research suggests some diseases and illnesses are caused by an imbalance in the endocannabinoid system. Research is just starting to find associations for cancer, Parkinson’s disease, multiple sclerosis, depression, PTSD, glaucoma, arthritis, and schizophrenia, to name a few.

How Can Cannabinoids Help the ECS?

When the ECS can’t balance itself, cannabinoids flood the system. They bind with the receptor that would naturally be there, as if the body was making endocannabinoids and functioning properly.

In the brain, cannabinoids work as neurotransmitters leading to several different effects. One known function of CBD in the brain is to stop the fatty acid amide hydrolase enzyme from breaking down anandamide, so the anandamide can have more of an impact. That’s why researchers believe CBD can help treat anxiety disorders. It neutralizes the enzyme that would destroy the anandamide, giving the anandamide more time to counter the exaggerated anxiety response.

If you want your endocannabinoid system to function optimally, it’s essential to have a healthy and balanced lifestyle. A good diet that is well rounded in healthy fats, proteins, carbohydrates, and sugars along with exercise. However, there are influences on the internal environment that we don’t always have control over, and when it does go wrong, it can lead to chronic illness and inflammation, causing lasting health problems and lead to a deteriorating quality of life.

In one case, researchers have found links to the endocannabinoid system and rheumatoid arthritis. A 2014 study found that humans with rheumatoid arthritis had high levels of CB2 receptors in their joint tissues. Researchers also showed that activating these receptors leads to less joint inflammation and bone deterioration. Some of cannabis’s components can target CB2, although more research is needed.

Hear From Our Customers

Never sleep without it!!

This cbd really makes the difference when it comes to bedtime. I actually look forward to unwinding after a long day at work and a hot shower!! Few droppers with my tea at bedtime and its like my own personal escape.
EllieVerified Buyer

Helps so much with separation anxiety!!

My maltese Moxie has the worst separation anxiety even if i walk outside to get the mail or take out the trash she goes absolutely bonkers!! Since using a dropper of this oil daily in her food I have noticed a change in her tolerance for being left alone. So much better than using the meds we got from the vet.
TriciaVerified Buyer

Shipping was crazy fast and all three products were great quality! The heart pain rub is great for my sciatic pain and to help loosen up my shoulders after a stressful day. I will definitely recommend these products to anyone looking for quality CBD!
Liz. CVerified Buyer

Your products are superb the best I have tried and most effective thanks again.
Gary P.Verified Buyer
Previous
Next

Our Promise to You

From the moment you take your first dose of Avani Botanicals CBD – cannabinoids will flood your system – acting as natural neurotransmitters to stop pain, end anxiety, ensure a good night’s sleep, and promote complete body balance.

Your results with Avani Botanicals will improve with continued use. CBD is 100% non-habit forming and is completely safe. It can be taken daily, has NO psychoactive properties, and will not harm you in any way. Plus, your satisfaction is 100% guaranteed.

With Avani Botanicals you always get the proper dose of high-quality cannabinoid extracts, to keep you feeling good all day long.

Helps positively regulate mood patterns which help reduce anxiety, stress, and overwhelm. It also promotes better sleep cycles and, in some cases, may offer a safe remedy for depression and bipolar disorders.

Our proprietary extraction and puriﬁcation process takes place at our state-of-the -art extraction facility located in Colorado. Our unique chromatography extraction technology allows for high levels of phytocannabinoids, while eliminating unwanted amounts of THC and chlorophyll. To achieve this, we utilize a rigorous testing system. On-site chromatography and third-party batch testing ensure accurate levels of phytocannabinoids and conﬁrms the absence of THC through our proprietary processes. The end result is the highest quality TRUE Full Spectrum hemp- derived phytocannabinoid-rich (PCR) oil extract that contains no solvents, no heavy metals, and no pesticides.The full spectrum proﬁle of non-psychoactive phytocannabinoids and synergistic compounds such as Cannabidiol (CBD), Cannabigerol (CBG), Cannabinol CBN),Cannabichromene (CBC), and a range of naturally preserved terpenes remains intact.

When it comes to creating a CBD distillate, cannabinoids, terpenes, and ﬂavonoids are pulled from the vegetative material of the cannabis plant together through various extraction processes. In order to distill these compounds into their purest form, additional layers of reﬁnement must be executed. This process is known as “fractional” or “short path distillation.” These processes can produce single compound oils that can reach upwards of 99% purity.

In order to isolate compounds such as CBD into a pure and viscous oil, there are multiple layers of reﬁnement that must ﬁrst occur. Given that THC as well as other cannabinoids and terpenes are volatile and have varying boiling points, they must ﬁrst be separated from the cannabis plant via hydrocarbon or CO2 solvent-based extraction techniques. This process removes the valuable and volatile compounds from the plant itself, while many lipids and other compounds remain. This necessitates further reﬁnement through a process called winterization, whereby a solvent such as ethanol is used in order to remove these undesirable compounds.

Apart from winterization, isolated cannabinoids must also undergo decarboxylation, by which the compounds are heated enough to activate their medicinal potential. Finally, the material is run through a short path steam distillation or rational distillation chamber in a series of multiple passes to purify the CBD to its isolated state.

Please wait while we process your payment...

Please wait while we redirect you...